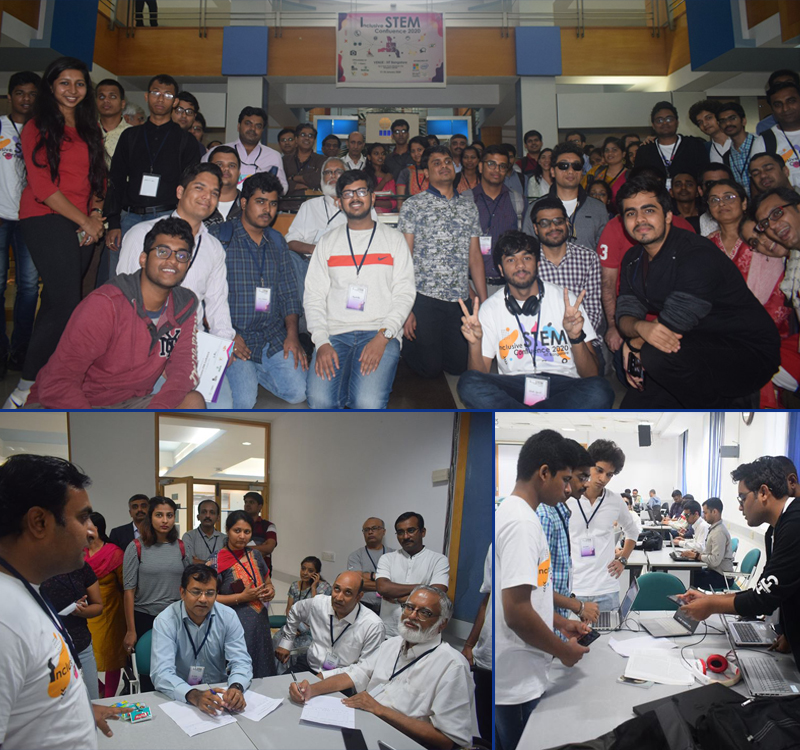 The Inclusive STEM Confluence 2020 was conducted at IIIT Bangalore during 17-18 January 2020. The recently concluded event was attended by close to 120 persons over the two days, from the technology industry, higher technical institutions, special schools for persons with disabilities and non-government organizations working in the area of accessibility. In its third year, the event aims to question our, often, 'knee jerk' reaction to diversity, striving to make inclusion an everyday aspect of our work and educational environments rather than something that needs special attention. The 2020 Confluence had multiple tracks: a 24-hour hackathon, workshops, round table discussions, an assistive technology product exposition and an employer connect initiative.

Seven 'inclusive' teams, each consisting of 5-6 persons from among persons with disabilities (PWDs - visually impaired, hearing impaired and those with locomotor issues) as well as other non-PWD working professionals from the IT industry and students from higher technical institutions (mainly from IITs, IIITs and NITs) participated in the 24-hour hackathon. Of the top three teams, the first placed team developed a voice enabled flow chart reader for visually impaired programmers, the second placed team developed an intrusion detection application to be used by both visually impaired and hearing impaired computer users and the third placed team worked on a 'spot-me' application that would enable visually impaired persons inside classroom settings to understand if they were being spoken with.

One of the round tables focused on introducing courses and specialization streams in the area of diversity and inclusion (D&I) in existing post-graduate programmes while the other looked at challenges and opportunities of inclusion within school curricula. While the former saw participation of D&I leads from corporate organizations, the latter was attended by principals and teachers from schools for the visually impaired in Bangalore.