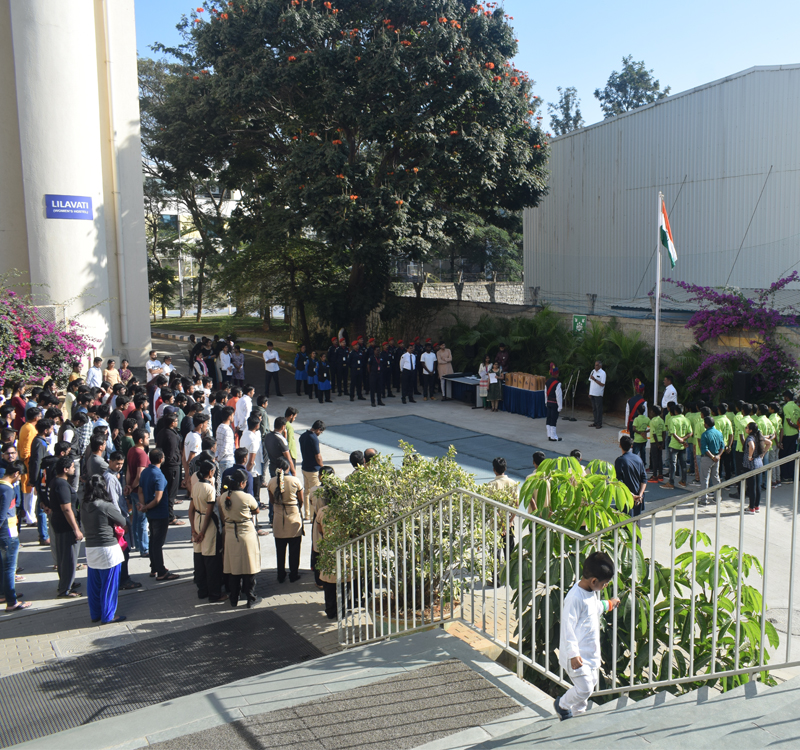 We celebrated 71st Republic Day on January 26, 2020. The event began with flag hosting by the Director, Prof. S. Sadagopan, followed by his address to students and everybody taking the national pledge. "One Nation, One Vision, One Identity", Naga Srihith Penjerla, a student of IIITB, talked about the journey of Republic India.

Celebrations should never be in isolation! Aikyam- the social wing of IIITB, took the initiative of inviting Surabhi Adwaya Orphanage. The pickup and drop facility and coordination for the same was taken care of by IIITB and Aikyam Student Coordinators. The children graced the occasion with their speeches and group dance. Students from both the institutions celebrated Republic Day with a spirit of togetherness.

Games were arranged post the event to give an opportunity for the students of both the institutions to get along better.

IIITB Literature Club expressed its love for the Republic Day event by its performances. Manpreet Kaur Jaswal recited a poem which she had penned down to express her love and respect for the Indian Flag and the struggle of independence.

Nikhila, Varsha and Aishwarya sang the poem "Varika Varika Sahajare" written by freedom fighter Amsi Narayana Pillai which was tuned to music during the Salt Satyagraha.