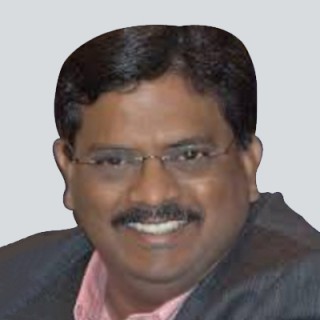 Mr B V Naidu, was with the Department of Electronics & IT, Govt of India, and has played a seminal role for the growth of the IT Industry in India, in his capacity as Director of Software Technology Parks of India (STPI), Bangalore/Hyderabad. He has created effective Techno Economic Ecosystem by actively engaging with the industry, government departments and academic institutions. He has facilitated the growth of software exports from less than $ 8 million with 13 companies in 1991 to $ 12 billion from more than 1800 companies in Bangalore by 2007. Mr. Naidu has been at the forefront of building the Karnataka / Bangalore IT as a global brand through active participation in internal trade shows and speaking at international road shows and conferences. He was also the founder chairman for the largest IT conference & Trade Show “Bangalore IT.COM” and ran this successfully for more than 7 years.

He has not only participated in creating many policies both at government level as well as state government level to promote IT Industry. He held several important key positions for supporting this industry. To name a few:

In his initial days at STPI, he was instrumental in breaking the monopoly of VSNL by creating an alternate international communications carrier for the IT industry. Prior to his stint at Bangalore, Mr Naidu served at Delhi in project ERNET and created the first ever E-mail network, and first Internet Node into the country.
He has done M.E (Applied Electronics) from Madras Institute of Technology, and B.E (Electronics & Communications) from Andhra University.