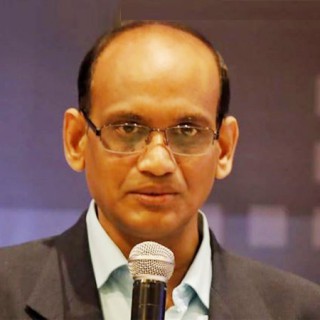 Dr. E.V. Ramana Reddy is an Indian Administrative Service Officer of 1988 batch. He is one of the senior most bureaucrats in Karnataka and has been instrumental in establishing the leading position of Karnataka as an economic and technology hub of India. He has 30 years of experience across diverse portfolios such as Agriculture, Revenue Administration, Commerce & Industries, Rural Development & Panchayat Raj, Education, Health & Family Welfare, Information Technology & Biotechnology, Space applications, Personnel & General Administration, and Housing. He has also served as ACS to Hon’ble Chief Minister of
Karnataka.

As first Director of Department of IT & BT, he spearheaded Asia’s biggest tradeshows Bangaloreit.Com and BangaloreBio, for three consecutive years, from 2000 to 2003. He was also an integral part of formulation and implementation of pioneering strategies and policies such as Millennium IT Policy (Mahiti), Millennium BPO Policy, Million Job Strategy, Millennium Biotech Policy; and e-Governance Strategy for the State. During his tenure with the Agriculture Department, he was pivotal in implementation of various state and central schemes such as Rashtriya Krishi Bhima Yojana and Calamity Relief Fund. He was also instrumental in formulating The Karnataka State Organic Farming Policy, the first such policy in the country. As the Secretary of Department of Health and Family Welfare, he launched Biomedical Waste Management in all healthcare facilities, again, a one of a kind initiative in India. His primary objective in his current position as the Additional Chief Secretary for IT, BT and S&T, has been to promote innovation entrepreneurship and research in the State by mobilizing startups, academia, and corporates. He is driving strategic initiatives such as Elevate, to provide seed funding to technology start-ups, and “Global Innovation Alliances” for curated technology partnerships with innovation hubs across the world. He also holds additional charge of Transport Department, which is responsible for regulation of the use of motor vehicles in the State and collection of tax on motor vehicles, road safety.