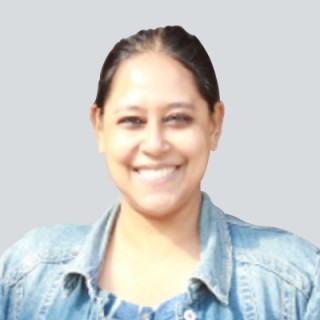 Preeti specializes in qualitative and ethnographic methods and analyses to study people and their social contexts around technology use. Her research approach combines the rigors of field immersion with observation and interview techniques to reveal insights about technologies and social media use and practices. She has a Master's degree in Communication Studies and Defense and Strategic Studies from the University of Pune and a PhD in Communication Studies from the University of Texas, Austin. Her complete work and profile can be accessed at https://preetimudliar.work/

(Links and pdfs of all work available on my website here)

2018. Preeti Mudliar and Noopur Raval. “They are like personalized mini-Googles”: Seeking information on Facebook Groups. Proceedings of the 51st Hawaii International Conference on System Sciences.

2017. Preeti Mudliar. Rural India on the National Optic Fibre Network: What Happens Next? Policy Report on India’s NOFN project for The Hindu Centre for Politics and Public Policy (December 21st, 2017)

2020. Preeti Mudliar. A short story titled ‘In Mangal's New World' was published in 2040: Utopias for a Digital Society. Ed: Benedikt Fecher. The book was published by the Alexander von Humboldt Institute for Internet and Society, Berlin, Germany.

2019. Preeti Mudliar. A short story titled ‘The Automaton’s New Clothes’ was published in ‘Drones and Dreams: A Speculative Sprint Story Collection’ on Artificial Intelligence Futures. The book was published by the Digital Asia Hub, Hong Kong on January 12, 2019.

5. Gender Professionalization and Digital Platforms: The Case of Beauticians in India (Co-PI with Balaji Parthasarathy)

4. Online and offline livelihoods – An analysis of the impact of the gig economy on worker participation” (co-PI with V. Sridhar and Balaji Parthasarathy)

1.  Rural India on the National Optic Fibre Network: What Happens Next? (PI)

Funding agency: The Hindu Centre for Politics and Public Policy (May – December 2016)

2021. Book review of 'Lives of Data: Essays on Computational Cultures from India' by Nafis Hasan in The Wire. Link here.

2021. Book review of 'Lives of Data: Essays on Computational Cultures from India' by Chintan Girish Modi in The Business Standard. Link here

2019. My work on gendered access and use of public WiFi hotspots was covered by L’Actualite, a French-language public affairs magazine, based in Montreal, Canada. The article discusses women’s access and use of the Internet in India. Link here

August 1, 2020. Invited talk at the Computer Science and Engineering Department of the University Visweswarya College of Engineering (UVCE, Bangalore) on “Enabling Technology to Shape a Humane Digital Society – Why does it Need Help? Video here.

January 28, 2019. Samvaad Talk at IIIT-Bangalore on “WiFi in the Wild – Learnings from Non-users of an Infrastructure.” Video here.

November 30, 2018. Talk on Public WiFi is for Men and Mobile Internet is for Women. At Ashoka Trust for Research in Ecology and Environment (ATREE), Bangalore as part of Talks@ATREE. Talk available here

7. Sic transit gloria orkuti. May 12, 2019 in the Hindu Sunday Magazine. An article for the Sunday Hindu Magazine on the digital materialities and what it means for nostalgia in the context of Orkut, a social networking site that was popular among users in India and Brazil in the mid-2000s.

6. Offline Subjectivities of Online Women. February 12, 2019 in the CIS R@W blog. An essay for the The Centre for Internet and Society, Bangalore’s Researchers@Work (R@W) programme series exploring the social, economic, cultural, political, infrastructural, and aesthetic dimensions of the “offline”. I wrote about gendered access to public WiFi hotspots.

5. Taking WiFi Public. September 7, 2017 in The Hindu. An op-ed for The Hindu on TRAI’s policy move to make WiFi access as commonplace as chai. I argue for choosing gender inclusive spaces to host public WiFi hotspots. This piece appeared on September 7, 2017.

4. The Border Runs Through Us. August 13, 2017. I write about encountering the reality of Partition in the Sunday magazine of the Indian Express in its Independence Day special for 2017.

3. A letter from the library. December 12th, 2015. I received a letter from my library and found it a delightfully anachronistic and whimsical choice of communication – much like what libraries themselves are in the age of the digital. This article was featured by Citizen Matters, a Bangalore news platform that engages in some stellar local city journalism.

2. Piku’s Invisible Friends. July 5th, 2015 in The Hindu Sunday Magazine. I wrote a thought piece on the film Piku wondering why women friends appeared to be absent from Piku’s on screen life. The article was featured in The Hindu’s Sunday Magazine.