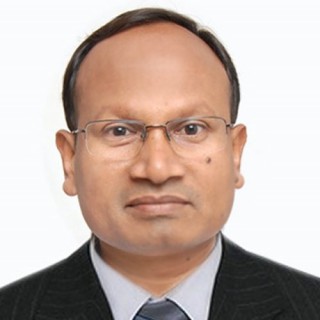 He has teaching and research experience of 24 years. He has been Dean of Faculty and Executive Council Member of CSVTU and currently a member of Senate of MIIT. Dr Sinha has been ACM Distinguished Speaker in the field of DSP (2017-2021). He has been Expert Member for Vocational Training Program by Tata Institute of Social Sciences (TISS) for Two Years (2017-2019); Chhattisgarh Representative of IEEE MP Sub-Section Executive Council (2014-2017); Distinguished Speaker in the field of Digital Image Processing by Computer Society of India (2015). He served as Distinguished IEEE Lecturer in IEEE India council for Bombay section.

He has delivered more than 60 Keynote/Invited Talks and Chaired many Technical Sessions in International Conferences across the world such as Singapore, Taiwan, Mauritius, Myanmar, Sri Lanka, Irvine, Italy and India. His Special Session on “Deep Learning in Biometrics” was included in IEEE International Conference on Image Processing 2017. He is also member of many National Professional bodies like ISTE, CSI, ISCA, and IEI. He is member of various committees of the University and has been Vice President of Computer Society of India for Bhilai Chapter for two consecutive years. He has been Publication Chair in ADCOM 2022 and General Chair in International Conference on IntelligentComputing and Communication, 2022.

He is Consultant of various Skill Development initiatives of NSDC, Govt. of India and an upcoming British University in Myanmar. He is regular Referee of Project Grants under DST-EMR scheme and several other schemes of Govt. of India. He received few important consultancies supports as grants and travel support. He has been Expert Member of Professor promotion committee of German-Jordanian university Jordan and Project Proposal evaluation committee of UK-Israel Research Grants. He has been appointed as Member of IQAC by MIIT Mandalay, Myanmar (July 2022-December 2024) and Member of Board of Examiner in University of Mauritius (2022-2023). He is Advisor to upcoming New Next University in Myanmar.