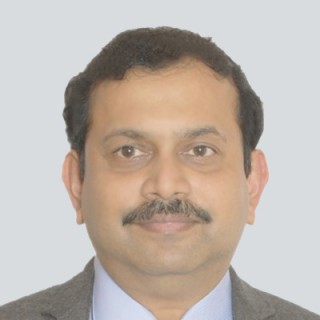 Dr. Debabrata Das is serving as Director of IIIT Bangalore (IIITB). Before joining IIITB in 2002, he had served at G S Sanyal School of Telecommunication at IIT Kharagpur and later at Kirana Networks in New Jersey, USA. He is PI and nodal officer of project under National Mission for Interdisciplinary Cyber Physical Systems in the areas of Advanced Communication System, from DST, Govt of India. He is CoPI of a project from Tejas Networks on network node reliability. He was PI of multiple sponsored projects from Intel, Hewlett Packard, Microsoft, Motorola Research, Nokia, Govt. of India on the areas of Broadband Wireless MAC/QoS/Energy-saving, IMS. His main areas of research interest are IoT and Wireless Access Network's MAC, QoS, Power saving. Dr. Das received his Ph.D. degree from the Indian Institute of Technology Kharagpur.

He has more than 180 peer reviewed papers in different Transaction/Journals and International Conferences. Dr. Das has received 6 best paper awards. He has 3 US/Indian patents and 12 more are under review. He and his wireless network team had contributed  ideas to IEEE Wireless Broadband Standard. He has received Prof. K. Sreenivasan Memorial Award 2017 for excellent teaching in the areas of Telecommunication from IETE. Dr. Das is recipient of IEEE Region-10 Outstanding Volunteer Award 2020, Global IEEE MGA Achievement Award 2012 and Outstanding Volunteer Award IEEE Bangalore Section 2008. He is Fellow-IETE, Fellow-IE and SM-IEEE. He was recipient of Hewlett Packard Endowment Chair Professor in IIITB. He was Chairman of IEEE Bangalore Section 2017. He is Chair-Elect 2021 IEEE India Council.  He is a Board Member of IIIT Bhubaneswar. Dr. Das is a Technical/Steering/Empower Committee member of multiple Departments of Government of India and Government of Karnataka. Dr. Das was the Dean-Academic and R&D of IIIT Bangalore.

(ii) In addition to above elective courses Dr. Das had taught 4 core courses:

Board of Studies and  Senate Members of Academic Institutes